You have probably heard about the immense popularity of the 'Tiger King' crime documentary on Netflix. In fact, it has recently been the #1 streaming title on Netflix. It has received a lot of publicity.

In the shadow of ‘Tiger King’, another documentary debuted on Netflix that is not getting a lot of media buzz but absolutely deserves it. It's called 'Crip Camp - A Disability Revolution' and it is a very special film that uses archive footage along with present day interviews to chronicle a fascinating and uplifting revolution that is often overlooked in our history books.

Synopsis: Down the road from Woodstock, a revolution blossomed at a ramshackle summer camp for teenagers with disabilities, transforming their lives and igniting a landmark movement in disability rights.

Wouldn't it be great if this movie could become the new #1 that everyone is talking about? If you have access to Netflix, we encourage you to watch 'Crip Camp - A Disability Revolution'.

Fair warning: This documentary has an R rating from the MPAA and is best suited for audiences 17 years of age and older.

Below are reviews by staff: 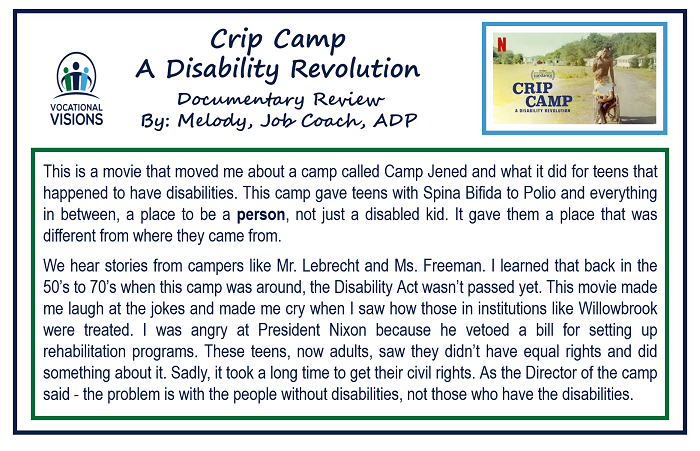 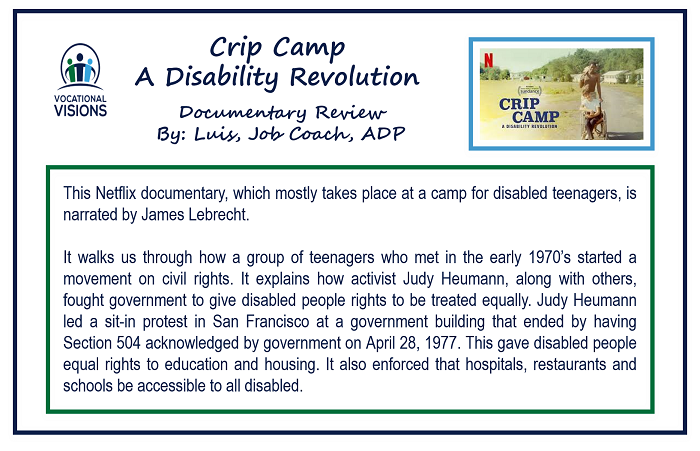 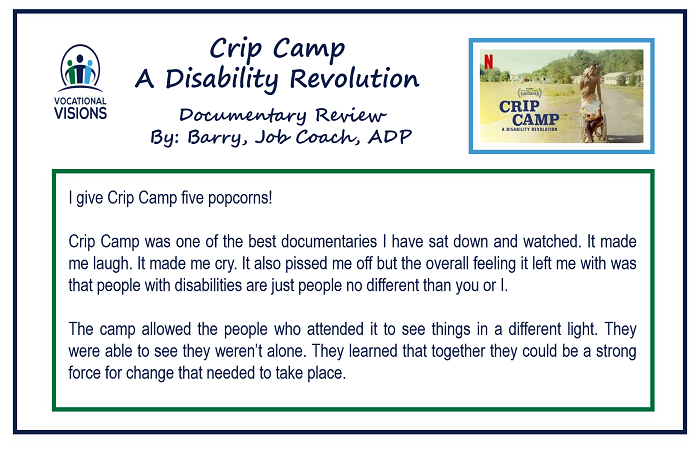 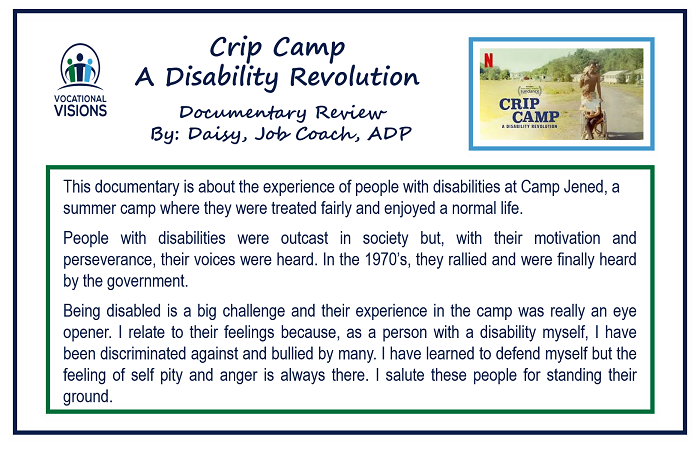 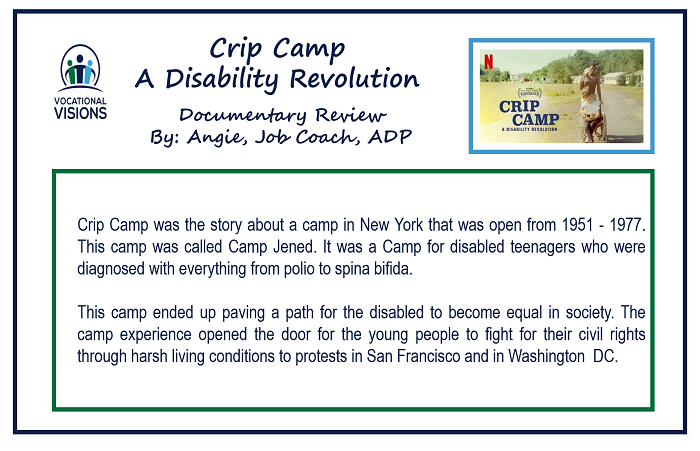 "I worked for Congress at the same time as Califano's office was experiencing the protest and was totally unaware of what was going on. I was only two blocks away. It makes me ashamed. Why wasn't the public made more aware of this? It's sad that people with disabilities were so marginalized at that time."